It's no secret that some broodmares can get cranky. Often, this is not just their personality. It is indicative of some pain during ovulation or of some bigger underlying hormonal imbalance. Although it is always a good idea to have your vet check over any moody broodmares, you may also want to consider using one or more of the following horse supplements for breeders to help ease their moodiness between breedings.

Devil's claw is an herb that is known for its pain-relieving qualities. However, it is easier on the kidneys and the digestive tract than bute. It can be a big help for mares whose moodiness is due to uterine cramping or similar discomfort during their cycles. It is thought to work, in part, by reducing inflammation, which is involved in a lot of mares' reproductive pain. Most devil's claw supplements for horses come in a powdered or pelleted form and can be added to the top of the daily feed ration.

Valerian root is another herb that is good for alleviating any uterine pain or inflammation that may be making your mares cranky. It not only alleviates inflammation but also muscle spasms, which means it can really help to combat cramping. Valerian root is also thought to have a calming effect, so it is a good choice to give to mares who get a little excited or hard to handle when they are in heat or preparing to be bred.

St. John's Wort is known for its antidepressant effects. It can be a good choice for mares whose moodiness seems to flare up after weaning or when their foals are taken away. St. John's Wort is also said to help boost fertility, which is certainly not a bad thing in a broodmare.

Poppy seeds have pain-relieving qualities, which makes them a good choice for mares who have some pain and discomfort with their heat cycles. It is also a sedative, which means it can help calm very frisky mares down. You may not want to give poppy seeds consistently because their sedative effect is so pronounced. Instead, just keep this supplement on hand and give it to your mares for a few days if they start acting moody.

You can also find some supplements formulated for moody mares that contain several or even all of the above ingredients. They can be life-changing when you have moody broodmares in your breeding barn. 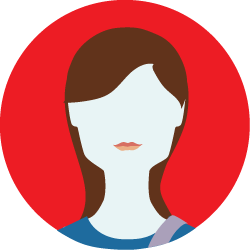 Do you have everything you need to train your new puppy? Training a puppy is crucial to his or her adult behavior and if you attempt to train your puppy without having the right supplies, you will fight more battles than you need to. What kind of lead should you use to leash-train your puppy? What should you give your puppy as a reward when he or she does something right? Do you crate train the puppy? This blog will help you find the supplies that you truly do need and teach you a few tips and techniques that will help you successfully train your puppy to become the full grown companion you want.

Good Supplements For Moody Broodmares
21 May 2021

It's no secret that some broodmares can get cranky …

Indoor cats are often deemed as easy pets, but any …

If you recently bought a large breed puppy such as …

Even a simple fish tank can be very beautiful and …